This education at ISEEM lasts two years and ends with a final project in which the student develops a codex, choosing the theme and designing all illustrations accompanying the story told.

The topic Francisco chose was the symbolism of the dragon in the city of Jaén. Basing its written in the book of José Fernández Torres: The Dragon of Jaén. The author conducted studies of Draco (the dragon constellation) and the relationship of the Draconian symbology with the city of Jaén.

The manuscript begins narrating the legend ‘El Lagarto de la Magdalena’, which is a local adaptation of the myth of the hero killing the dragon. It also us about the correlation between Draco and medieval temples in the city of Jaén. And also the mythology of Draco, which is associated to the Garden of the Hesperides. udes with the local legend of ‘Las Tres Morillas’, which curiously is very similar to the classic myth. 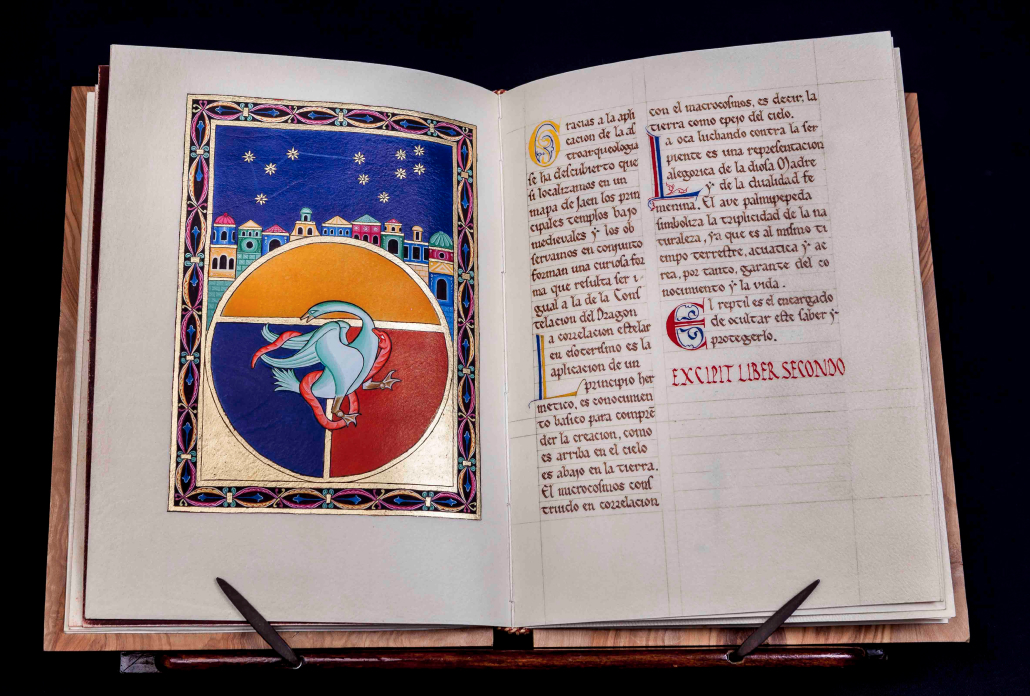 Would you like to be informed of my upcoming courses, latest news or any other news?